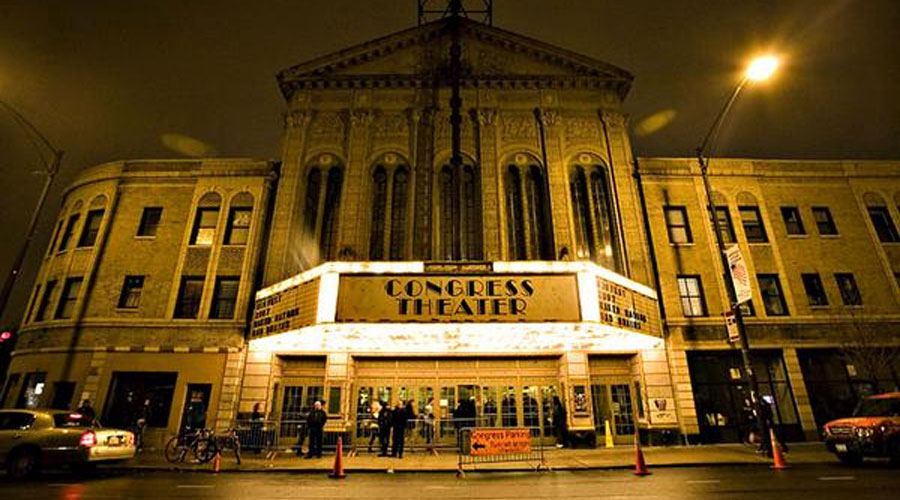 Chicago Area Getting Strict with EDM

Even with the growing popularity of EDM and the scene surrounding it, unfortunately, some people are still wary of the culture that comes with it. This especially rings true in Illinois, where one of the most popular concert venues in Chicago banned EDM from playing shows.

Once a booming theater that played black and white movies when it opened in 1926, and in more recent years, hosted acts such as Above & Beyond, Pretty Lights, and Porter Robinson, the Congress Theater has dwindled its label as a Chicago venue staple.

Due to safety issues and fire code violations, the 5,000 seat capacity theater was temporarily closed with the removal of its liquor license in 2013, but that’s not what makes the theater controversial. Last August, the City of Chicago banned any and all EDM acts from performing at the venue, which is under new management and is set to reopen.

According to the City of Chicago, this means, “music created by a DJ or multiple DJs using a computer and without instruments.” Their reasoning behind the ban comes from a long list of events and complaints from EDM shows at the venue.

On New Year’s Eve in 2012, a female concertgoer was raped just a few blocks away from the theater, where Rusko was ringing in the New Year with a sold out show. Although the incident did not occur at the concert, people in the neighborhood began associating what happened with EDM culture.

Crowd control was also a major issue at the venue during EDM shows, and many people attending shows complained of unnecessarily harsh security.

Although the problem was not with the music, but with how management handled these shows, the Congress Theater will no longer be able to play host to EDM acts once it opens again sometime this year.

Even though neighborhood complaints took part in the ban at the Congress, more EDM related acts have been booking at the Concord Music Hall since it opened in 2013. Just a couple of blocks down from the Congress is the Concord, and it has taken over the Chicago EDM scene; most recently hosting acts such as Excision, Mimosa, and Sub Focus.

EDM bans and restrictions are becoming the norm for Chicago and its surrounding areas, with events placing strict rules on EDM shows.

The popular music festival in Chicago, Spring Awakening, imposed an 18 and over age limit for 2015. The fest, held at Soldier Field every summer, received backlash from attendees and management alike about the amount of underage teens in attendance.

Two hours southeast from Chicago, in Bloomington, IL, EDM acts such as Bassnectar were banned from city venues in the college town.

Despite recent restrictions on electronic music, the scene is still very much prominent and popular in Illinois.

Hospitality's Second Installment at London's Building Six Set for May 1

Allison Matyus is a part of the growing music scene in Chicago and the surrounding area. Her favorite artist is Pretty Lights and her favorite festival is Electric Forest in Rothbury, MI.

No Replies to "Chicago Area Getting Strict with EDM"