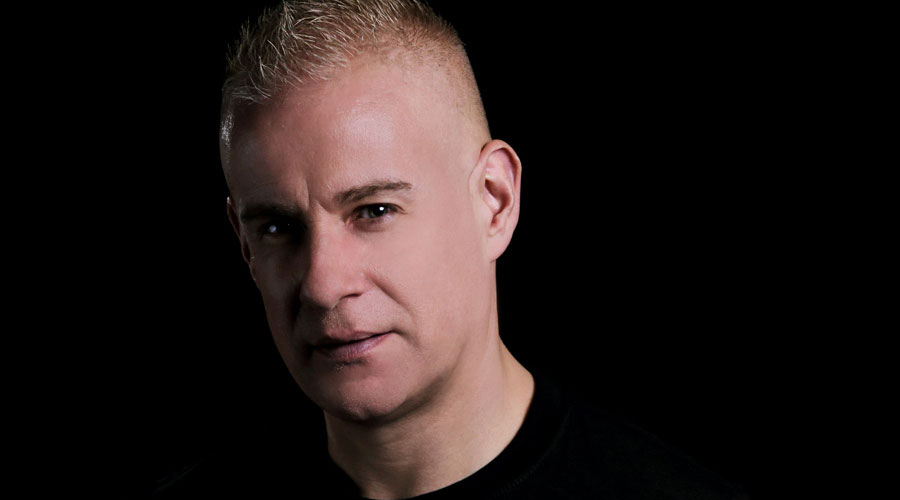 It feels like an almost indecent amount of time since Mark Sherry served us a Prism collection… On second thoughts, there’s no “almost” about it – it has! Captain Outburst has been anything but idle though, spending the interim DJing, A&Ring, label running, ‘Confirm Humanity’-releasing, remixing, producing and mastering his way around the known dance universe. Cast an eye over its third volume (dropping July 24) though and you’ll get a sense of recompense for ‘Prism’s absence.

‘3’ by name, three by its nature, for this edition Mark’s expanded his mix-comp to a third disc, meaning (no calculators needed!) it’s got two co-mixers attached. Scene legend Scot Project (not Scottish) and David Forbes (like Mr. Sherry, 100% Scot!) have jumped aboard, bringing heaps of the fiery stuff along-with. Collectively the trio deliver an awe/ear inspiring 60+ tracks to a release that’s less a music compilation, more a force of sonic nature!

In various forms, incarnations & guises, the productions of Corsten, Picotto, O’Callaghan, Durand, Genix, Sneijder, Vini Vici, Shapov, NERVO, Three Drives, Lostly, Shugz and manifold others run riot. As is its established, the third ‘Prism’ reserves plenty of track-space to newer creators and recently-arriving talent too, with young heel-snappers like Richard Tanselli, Systembreaker, Jardin and others work passing through this ‘Prism’. The mixes are naturally triple stacked with a mass of its protagonists’ own and pooled aliases like Gentech and Thick As Thieves. Premieres, exclusives, new collabs and first-hears abound, as Prism’s force multiplying Pt.3 turns hard into a science!

Mark’s mix commences in the calm, some might even say graceful waters of… Nah, just kidding – it starts exactly as it continues – with the insanely powerful teeth-rattling trance-terrordome that is his KETNO collab, ‘Space Monkey’. From there comes a track-triple from Thick As Thieves (Sherry & Forbes), before he releases Will Rees’ ‘Candy Jack’, ’Perseverance’ from Richard Durand and his remake on Pulp Victim’s ‘The World’ out into the wild. Richard Tanselli’s max-out of Picotto’s ‘Like This Like That’ and BIG CMV’s Ariel/‘A9’ renovation set it on course for the big finish. All of which allows Joint Operations Centre’s (John O’Callaghan) ‘Meraxes’ and ‘Change Your Heart’ from Sherry/Scot Project paring Gentech to mop up the stragglers!

Conversely, Scot Project’s disc does start in the beatific – specifically with Genix’s pad-paradising ‘Rave’ and his Golden Girls’ ‘Kinetic’ rework. From there though – and with all the subtlety of a meat tenderizer – Scot Project engages the ‘crank’ lever and opens the throttle. Fuelled by some of his own musical moonshine, he locks his mix into a ferocious groove. In their original forms ‘M [Metropolis]’ & ‘H [Hypnotize]’ surface, swiftly followed by rewires of ‘FM [Feeling Me]’ and ‘S [Outer Space]’. The German legend then barrel rolls into a hot-run of other artists’ gear, with Adrenaline Dept, Renegade System, Zatox, Vini Vici vs Shapov vs NERVO all contributing to its heads-down charge.

‘Prism 3’s less-than-holy trinity is completed by David Forbes, who commences his mix with the toughest, taughtest, techiest retell of ‘Greece 2000’ you’re ever gonna hear. Its techno themes continue with David’s own Sebrof & DMCK ‘Phenomenon’, before Thick As Thieves check back in for some ‘Brain Control’. From there Mr. Forbes gets on a big solo roll, sending in quick succession ‘The Music’, ‘Hold Me’ and ‘Evolution Of Dance Music’ down the cables. ‘La Bomba’ from Shugz eyes the mix apex, while its accent continues with Sneijder’s ‘Chuck Norris’, summiting with Forbes’ own ‘TimeWarp’.

Cake on top of a cake, burger on top of pizza – when it comes to hard trance, this is what indulgence looks like! Mark Sherry, Scot Project & David Forbes – Outburst Records presents Prism Volume 3 ) is ready to rock-em & sock-em from July 24. WNDR: My Story in 10 Questions