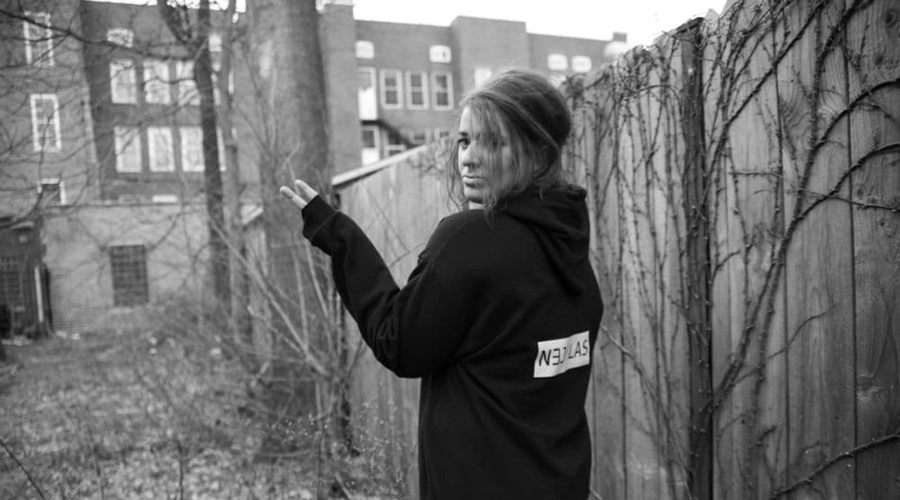 Whilst Techno as a genre has been in existence for decades, arguably since some of the earliest days of Electronic music, there have always been renaissances within the genre alongside periods of plateauing. It is more than fair to say that Canadian artist Nej!las is on the brink of the newest renaissance. She is bringing the genre back to life, with her ground breaking sound and style. Her latest release, the remix of ATTLAS’ “Kayla” (check it below) has received great reviews and has cemented her position as THE artist to watch in the coming months. In this exclusive interview We caught up with her to have a chat about the remix and what else we have to look forward to from her.

So – what made you decide to remix this track?

Nej!las: All hats go off to ATTLAS for this one, who released “Kayla” on mau5trap back in 2015 on his Siren EP. There is something about the song I love – it is so beautiful and melodic, yet something about it is slightly chilling. I decided to really grab on to the chilling part and incorporated a very heavy, dark bass and turn the song into dark Electro. I wanted to showcase the melodic elements of the original, so I faintly incorporated ATTLAS’ piano – but overlaid it with an original melody in keyboards and pads to highlight (hopefully) what ATTLAS was aiming for. You get the dark side from me, along with some original progressive melodies that feature the original lyrics.

It’s a really special track which has been received in high regard; do you have any more remixes planned?

Nej!las: I’m working on some original productions at the moment, which I think is equally exciting. However, I’m always on the lookout for amazing tracks that resonate with me to remix, so you never know…

Championing the new Techno wave, do you think your unique sound is noticeable in this track?

Nej!las: Yes – absolutely – especially with the bass in the song! I tried to make the bass really deep, strong and powerful so that it could stand on its own in the track, and I think it holds up really well. The track is more “Electro” than “Techno” but the bass is definitely something you can look forward to hearing more in the new Techno wave – along with the melody in the chorus. I actually saw an article the other day talking about the “new wave of Techno,” how progressive melodies are now being championed by Techno and how this new “Techno era” is about to begin. So, I’m glad I’m not the only one thinking Techno is ready to be re-defined and I’m super excited to help pave the way forward.

How long did it take to complete the track from start to finish?

Nej!las: A couple of weeks. It took days to shape the bass alone. I thought of doing a video to show everyone how I created such a dark bass – but then looked at all the production it took to create just this one bass line and realised the video would be way too long.

Are you working on new music for us now?

Nej!las: Yes! The current track I’m working on is something that I think is so exciting – I finally feel I understand the “nej!las” sound – what makes nej!las original and what elements my tracks should have. It’s different, original, dark, melodic, yet still very grounded in Techno. This one is going to be special.

How does Nej!las usually start her tracks?

Nej!las: My production is a mess because I really create three different songs, then incorporate it all into a cohesive product, which requires a ton of rewriting. The first is a progressive, melodic element of analogs, plucks, maybe some brass, pads, keyboards etc. This is it’s own song in itself, with its own independent note/chord progression. Second, I create a very dark bass, which usually requires layers and layers. The bass itself would probably also be it’s own original notes/chords. The bass tends to sound more Techno. However, I layer it with more ‘electro’ elements and percussion. Third, I create all the percussion to be in the style of techno, the kick is always the centrepiece, but there needs to be hats, shakers, snares, little percs, etc. the list can go on and on.

Did you start the track with a simple idea or did you have a more broad idea of what you wanted to do with the original before you started?

Nej!las: Recently, I’ve started all my tracks via inspiration from others. Listening to the original, for example, inspired my remix of Kayla, and thinking there can definitely be some original remake that goes in a completely different, dark, direction.

Finally, where can we get our hands on the tune?