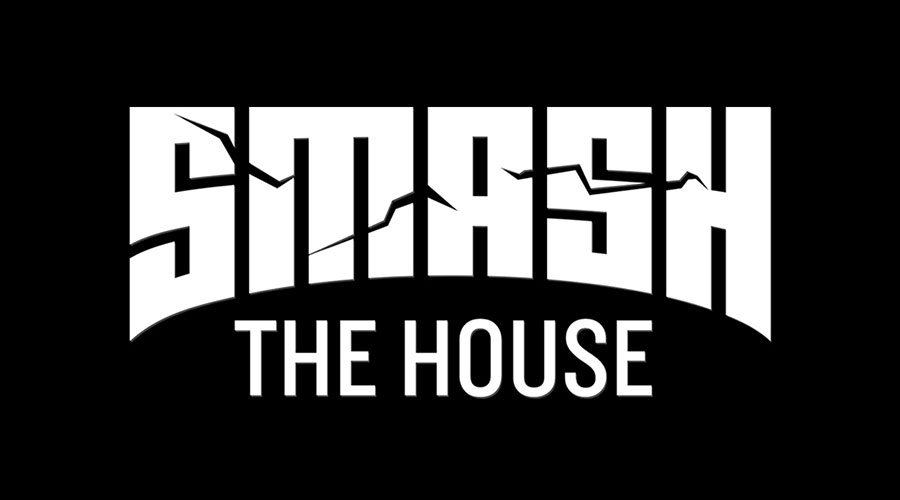 Celebrating it’s 10th year last year, the label has had a huge success rate – with the Bassjackers alone being involved in 2 genre #1’s on Beatport. The first, a collaboration with Thomas Newson, reached #1 in the Electro House chart, as did their solo track “Bring That Beat,”while their joint production with Coone and GLDY LX – “Sound Barrier,” reached #1 in the Hard Dance chart. Smash The House continues to release music from a diverse range of artists’ including the Grammy Award-winning Ne-Yo, who teamed up with label heads Dimitri Vegas and Like Mike to give us “Higher Place,” which reached #1 in Billboard’s dance/club chart, platinum-selling artist Lost Frequencies, as well as a whole plethora of dancefloor destroyers including Afrojack, Blasterjaxx, Bassjackers, Chuckie, Timbaland, Missy Elliot, Fatman Scoop, Moguai, Wolfpack and Yves V. STH has also hosted the largest arena at Tomorrowland for the past 5 years, taking their party brand on further tours across the UK and Asia, and more recently impressing online around the pandemic with names inc Nervo and Timmy Trumpet. Last year saw Smash The House further diversify, with sublabels such as Smash Deep and Generation Smash thriving, and the launch of House Of House with Dimitri Vegas’ edit of “Ayo Technology” from Dino Warriors this month. Generation Smash is the perfect platform for new talents and established artists alike to shine.

Now on to the Q&A with Dimitri and Mike.

Looking back to the launch of Smash The House in 2010, how has the label grown and have you realized the level of success you were working to achieve?

Dimitri: When we first started Smash The House, we wanted it to be a platform to release our own music and music from our close friends and artists we admire. The aim was to have complete creative control on our output through the label, and to see it grow as it has been! It’s been incredible to see.

Mike: As the label has progressed through the years, it’s been really important to try and apply the same thinking and drive as we do with all our projects. As a result, our goals and barometers of success are constantly changing, and it’s that mentality that ensures the label continues to grow.

In the early days of STH, did you experience any hardships or obstacles for your releases to get exposure, airplay, sales, etc…?

D: As with any new label or project in general, we were always going to have a steep learning curve and difficulties that we had to overcome. As we were having a lot of success with our own music, we were able to quickly establish our own channels for people to hear the new music we loved and we’re releasing on the label. We have always played the music of the label in our DJ sets, as that is a key factor in us signing music, so we were lucky enough to build a lot of hype on new releases by playing them. As trends and ways in which fans consume music has changed, the label is always adapting and striving to stay ahead of the curve and at the forefront of electronic music.

What is the biggest release the label has had to date? What made it so successful?

D: We’ve had so many standout releases on the label so it’s very difficult to pick just one, as they all had a significant impact at the moment they happened. We feel very privileged to have released some of our most successful tracks on the label. One that stands out is ‘Boomshakalaka’ with Afro Bros, Sebastian Yatra, Camilo and Emilia, which currently stands at over 55 million streams. Throughout our careers, we’ve always committed to only work with people who inspire us, and that’s the same ethos we want to drive with the label. As a result, we were able to draft in such a talented group of artists, and the synergy on the single was very organic, and I think the results of the track spoke for itself and naturally resonated with a lot of fans.

What would you say is the most important aspect to communicate an upcoming release and why?

D: Over the years we have managed to build up a team of amazing individuals, who ensure every release gets the amount of attention it deserves. We have an amazing designer who creates engaging content and artwork that continues to highlight the Smash The House brand. We believe if we put as much passion into every aspect of the releases as the artists do in writing the music, that puts us in a great position to succeed. We want our content to stand out and represent us as a label, and also stand out to people so they recognize it.

Briefly explain the mission behind STH’s five sub-labels. Are there advantages to releasing on the sub labels versus putting the music out under STH label?

D: The sub-labels of Smash The House are an extension of the main label. We receive so much amazing music that doesn’t fit with the Smash The House sound, but our tastes are so varied that it made sense for us to create these new labels so this amazing music can find a natural home. By separating these styles into different labels, fans can easily follow whichever label fits in with the music that they like, ensuring followers of the label trust the music we’re putting out.

From a business perspective, how has the last year been for your labels? Have you had to rethink and adapt your business models and strategies due to the Cover-19 pandemic?

D: 2020 was a difficult time for everyone, and music labels are no different. Any showcases have had to be online, and we haven’t been able to host the label stages at festivals as we usually have. On the flipside, an increased amount of free time has resulted in a host of amazing new music being written, both from artists familiar with the label and people new on our radars. It’s been really refreshing to strip it back and focus on the music, the real cornerstone of any record label, and I think we’re hearing consistently better music than we’ve ever received.

D: The 2021 release schedule is looking very busy! We work on releases months in advance, giving us time to test the tracks and make sure they’re the best they can be before being released. As mentioned, we have a tonne of music which we can’t wait to drop on the label, including new music from ourselves, our friends, and new people to the label, so 2021 is looking very exciting.

As label heads, how would you advise someone that is just now establishing a label?

D: I think the most important thing is to have a clear direction. We’ve always been very headstrong with where we want the label to go and are trying to ensure that we never compromise on the quality of the music. We always ask ourselves whether we’d play any demos in our sets before we sign them, and if the answer is no, then the song isn’t a good fit. It’s impossible to make others believe in the music you’re putting out if you don’t believe in it yourselves.

What are the label’s most memorable milestones and what does the future hold for Smash The House?

D: After more than 10 years we have so many incredible moments. From performing the official Tomorrowland anthem on the mainstage for the first time to host our Smash The house, and later Generation Smash, arenas at the festival. Then taking the brand to other festivals like TomorrowWorld in US and Creamfields in the UK. It’s been a crazy journey and we’re still pushing forward. We recently hit 200+ million streams with our ‘Instagram’ single, that featured David Guetta, Afro Bros, Daddy Yankee, Natti Natasha and us, which is a double platinum single now. Another previous single through the label with David Guetta, ‘Complicated’, is also double platinum. More recently we’ve put out singles like the collaboration with Regard on ‘Say My Name’, which has over 43 million streams, and then there was our 2020 single ‘Do It’ with Mexican influencer Kimberley Loaiza and Azteck, which blew up on TikTok with over 40million TikTok views in the first 24 hours and then has surpassed 235 million TikTok views and over 50 million total streams.

Last year we also launch our The Smash Universe agency. This was a particular dream of my mine for some time and following the launch of Smash the House esports organization, it felt the most nature thing to do. The Smash Universe is an agency for music, gaming and lifestyle. The focus is content creators, gamers and lifestyle influencers and providing management and creative services and marketing concepts. We launched the agency with Nick Depauw, our head of SMASH esports and Miranda Huybers, a gaming industry veteran who was part of Activision’s “Call of Duty” team and our manager Nick Royaards manager of Dimitri Vegas & Like Mike, Nick Depauw. From the label side, Perry van de Mosselaar and Dwayne Megens are also part of the venture.

We are a long way from finishing the building of Smash The House into the kind of platform we want it to be not just our music but the music of the artists we want to sign on the label. We are launching several new sub-labels in the near future, have plans to expand our touring events once events resume and of course there is our Smash Universe agency which has some very special projects to announce soon. Bigger and more exciting things are to come from the Smash family, watch this space!

No Replies to "Label Watch: Smash The House"