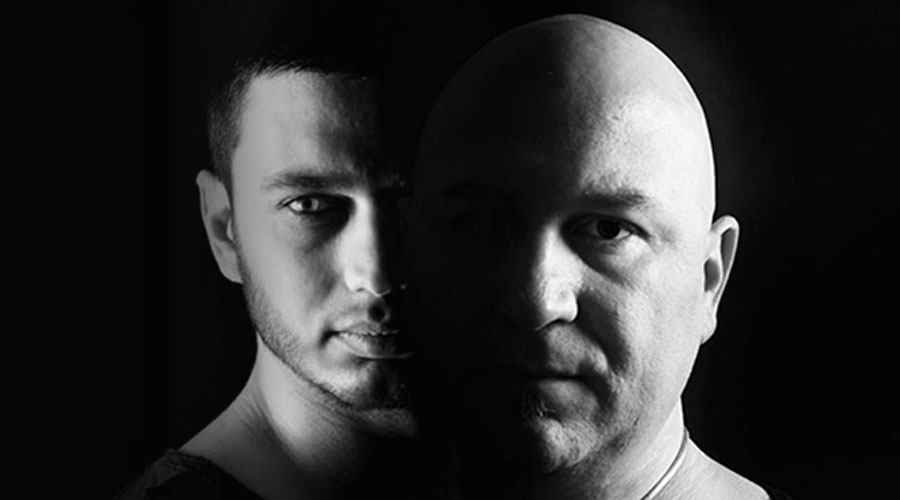 Alex Mine emerged from the Italian underground gaining the attention of some of today’s biggest Techno producers and DJs including the likes Carl Cox, Adam Beyer and Ritchie Hawtin. D-Deck also has a stellar reputation as one of Italy’s top Techno artists sharing the praise of Cox, Beyer, and Hawtin as well. Just imagine what could be if these two joined forces. Well, indeed they did join forces. In 2018, Alex Mine and D-Deck went in to the studio with the sole mission of creating an album that brings to life their visions of techno music employing the various processes utilizing a multitude of hardware and software. Ranging from the cerebral to soul bearing inspiration, the two crafted an amazing set consisting of ten songs. Taking roughly five months to produce and set forth onto the world of techno, “IPSUM” brings all the goods: darkness, hard beats, expert construction, wild mood swings, soulfulness and melodic genius.

The album is ripe and full of club-land tracks showcasing the amazing artistic visions shared between them. “IPSUM” was released on June 21 through Comade Music and features songs blending Techno with melodic house elements. Right from the start, the instantaneous theme of space emerges brilliantly. Sci-fi and futuristic sounds dominate with each track taking their ideas and themes further outside the traditional techno standards. Thumping beats, high hat driven tempos, and expertise electronic prowess are exquisitely produced, no matter the track that is being played.

“IPSUM” is the result of several months in the making, showcasing the collective creativeness and attention to detail that is displayed on each and very track. A “meeting of the minds” like this is seldom seen, or for that matter heard, which is what makes “IPSUM” so intriguing. Most tracks clock in between 7 and 8 minutes long, allowing the listener to really get deep in to the music flowing through their ears, body and soul. Not many techno records do that, and speaking for myself, it’s a welcome concept.

Techno purists need to hear this album, and the bottom-line is that it will leave a long lasting impression.

No Replies to "Alex Mine & D-Deck- "IPSUM": Album Review"