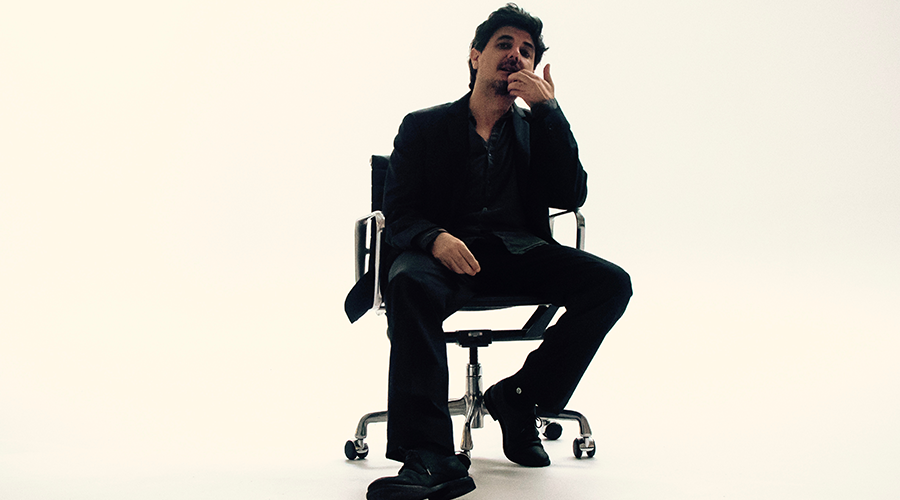 Amon Tobin-“Fear In A Handful Of Dust”: Album Review

Amon Tobin is a true electronic music pioneer. Spanning a career of more than twenty years, Tobin has dabbled in Electronica, Nu-jazz, Trip-hop, Experimental and Drum and Bass styles, releasing on labels including Ninja Tune, Ninebar, Big Dada Recordings, and Paper Bag Records. Over the years, Tobin has established himself as one the electronic music scene’s most adventurous and ambitious composers.

His highly explorative and adventurous reputation for stellar recordings have inspired diverse acts from The Kronos Quartet to Diplo which showcases Tobin’s ability to create electronic music that crosses and breaks all barriers.  In recent years, his vision has been leaning more to the cinematic. Recognized for his film and soundtrack work, Tobin has had his compositions featured on shows like Top Gear, commercials for Nissan and contributing music for the video game Tom Clancy’s Splinter Cell: Conviction as well as composing the theme music for the BBC America/Space original series Orphan Black. On April 26th, the Brazilian born and London resident released his first album in eight years to launch his newly formed label Nomark. “Fear In A Handful Of Dust” is the follow up to 2011’s exquisite full-length and critically acclaimed album “ISAM.” Praised by Rolling Stone, Wired and NPR, “ISAM” is widely considered to be a landmark piece of electronic music. Like “ISAM,” Tobin’s new album continues the journey into the ambient stratosphere with ten tracks that create a soundtrack guaranteed to induce a peaceful state of mind.

Throughout the album, Tobin employs lots of space, air and mystical electronic sounds that dominate the overall flow and ebb. From start to finish, exotic yet soothing sounds sans the drums and percussion instrumentation, takes you on hypnotic and weird trip.

Spacey, strange, ethereal, and chilling immediately come to mind when listening, while at the same time, a sense of calm and peace lie just below the surface. Upon listening to the album, one must have a clear open mind and not to expect anything remotely close to dance music. It’s a piece of work that is simply perfect for chilling out. While “ISAM” featured big melodies and hooks, “Fear In A Handful Of Dust” does not. It is, however, a continuation of his evolution delving in to more experimental sonic soundscapes that teeter on the exotic Sci-fi tip makes him one of the most innovative electronic music producers working today.

Highlights include the tracks “On A Hilltop Sat The Moon,” “Vipers Follow You,”  “Freeformed,” “Velvet Owl” and “Three Different Hat Sizes.”

No Replies to "Amon Tobin-"Fear In A Handful Of Dust": Album Review"