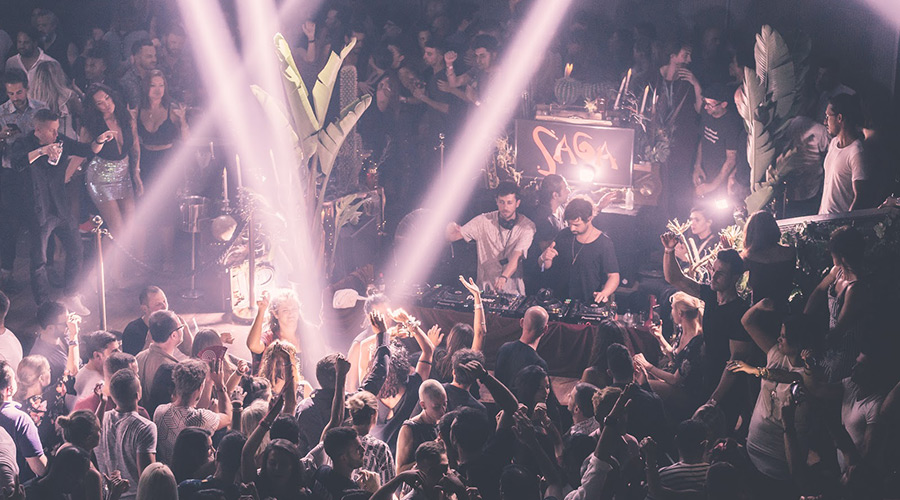 BEDOUIN Presents SAGA at The Brooklyn Mirage on July 3

The famed Ibiza SAGA returns to NYC as Bedouin, the Brooklyn DJ duo, make their triumphant return to their hometown on Tuesday, July 3 for the third SAGA event to ever hit North America at The Brooklyn Mirage. Once again, together with premier New York promoters The Cityfox Experience, the acclaimed producers will kick off the extra long July 4 weekend at one of NYC’s most impressive outdoor venues alongside Matthew Dekay, SIS, Sainte Vie (Live), Wild Dark and Lovecraft.

Building upon their inaugural North Americal debut last December, Bedouin’s SAGA will once again go beyond the music through meticulously crafted immersive art, custom visuals, animated performers and actors, top of the line sound and more. This time, SAGA will come to Brooklyn bigger and better than ever before with a massive outdoor venue, expanded lineup, larger attendance and a special extended set from Bedouin themselves. Joining Bedouin is the classically-trained house music veteran Matthew Dekay, whose mesmerizing and hypnotic style has captured the attention of top labels including All Day I Dream, Mano Le Tough’s Maeve, and Dixon’s Innervisions.  Rounding out the lineup are Turkish producer and Crosstown Rebels signee SIS, multicultural electronic aficionado and Akumandra label head Sainte Vie (live), Anjunadeep’s own Wild Dark and NYC producer Lovecraft.

In 2017, eclectic beatmakers Bedouin had their most exciting year to date celebrating their first Ibiza residency at HEART throughout the summer and delivering an incredible Robot Heart sunrise set on the Playa. In December, the two brought SAGA to the US for the first time launching in their hometown of NYC which was soon followed by a well-earned No. 1 spot on Mixmag’s Top 20 Breakthrough DJs of The Year. With a spellbinding deep house style that takes listeners on a journey from the industrial streets of Brooklyn to the desert sands of the Middle East, it’s no surprise that Bedouin has continued their upward trajectory in 2018. The duo are in the midst of their second summer residency at HEART Ibiza, which kicked off May 27 and will run every Sunday through September 30. With an immense response for their residency and support from Ibiza legends like Jamie Jones, Black Coffee and Luciano, July 3 is set to be the most impressive SAGA event to ever hit North America and a chance to experience Ibiza nightlife in Brooklyn.

With both Bedouin and The Brooklyn Mirage dedicated to providing a truly immersive experience for attendees, this stunning outdoor venue is a fitting match for the mesmerizing SAGA events. Outfitted with a state of the art KV2 soundsystem, dazzling lighting and 3D video projection mapping, The Brooklyn Mirage is guaranteed to make SAGA come alive just in time for the extended July 4 weekend.