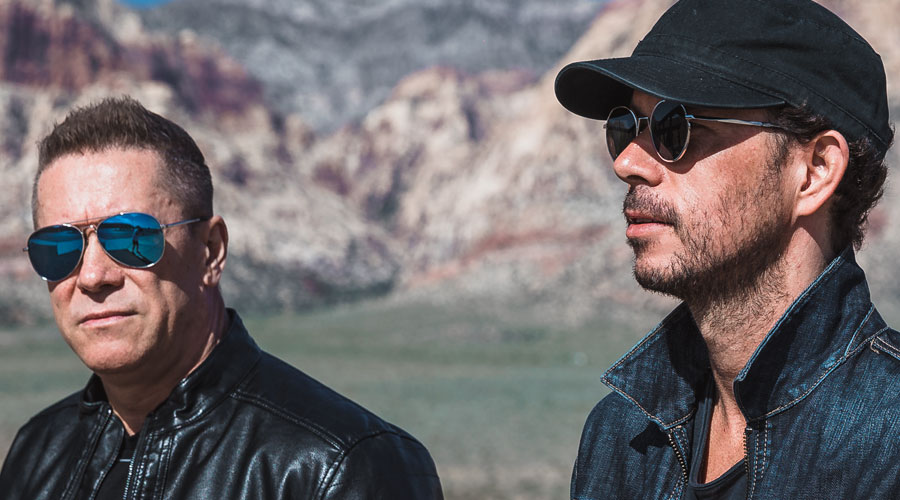 For 20 years, Claus Terhoeven (Nic Chagall) and Stefan Bossems (DJ Bossi) known as the colossal duo Cosmic Gate, have been wowing the industry and fans alike with their second-to-none musical productions and globe spanning tours. Claus and Stefan took some time off from their current world tour, celebrating their 20th year as a duo, to share with us and you news on their highly anticipated new release, highlights of their 20th Anniversary Tour and more.

BSM: We hear there’s a new album on the way.  What can fans expect and how does it stack up to your 2018 Grammy Nominated full length “Yeah!”?

Cosmic Gate: This is true, we are in the final stages of finishing the album. Please expect some classics in a new dress, Remixes of ourselves and some hand selected colleagues, some brand new music, collaborations with other artists, there certainly will be something on it for every Cosmic Gate fan.

BSM: You’ve been celebrating your 20th Anniversary as Cosmic Gate with an international tour that launched back in December 2018.  Approaching six months on the road now, how has the reception been?

Cosmic Gate: True that, we started right around New Years in Australia, then went basically back and forth between the US and Europe, went over to Asia for some shows as well, and fortunately the reception all around the globe has been really nothing less than fantastic. As much as we play a diverse set from brand new, and even unreleased tunes, to tracks from our very first album, the crowds are mixed as well. There is a lot of more recent fans coming out, fans from the first years find their way to the shows as well, it’s just a great vibe, everyone singing along to the tunes, we get a lot of awesome feedback and are enjoying this tour a lot.

BSM: Spanning your extensive discography, what track(s) continue to get the audience(s) “whipped up?” Have you been “teasing” new music from the forthcoming album?

Cosmic Gate: What can we say, our classics like Fire Wire, Be Your Sound or Exploration of Space always will be fan favorites we need to mention here, and certainly we have been teasing some music from the new album as well, for example our Tour Intro Song Come With Me, which gets a lot of requests and is a part of the album. We do not want to spoil too much, as said we are in the last stages of finishing the album, and are excited for its release.

BSM: What show has had the “wildest” audience so far and what upcoming show(s) are you looking most forward to?

Cosmic Gate: This is hard to answer, as fortunately all the shows were unique in their own way. Besides the usual big markets NYC and LA, we have to mention Seattle and Denver to mention just two. These fans, for example, left us speechless with their energy and love we felt through the whole night. We have seen a lot, but if you stand up there as the DJ, looking at the crowd and feel like, woooow, this is basically too good to be true, then this means a lot after 20 years on the road, pure emotions that are hard to be put into words.

Looking back to Cosmic Gate’s early days, were there difficult days in terms of landing gigs, getting your music heard and building your fan base? Now, as a successful and longstanding musical unit, how would you advise young producers/DJs in regards to achieving longevity and avoiding “burnout?”

Oh, it certainly was not easy for us. When we started there was no social media, no worldwide followed dance radio shows with millions of listeners, releases were on Vinyl only mostly, which didn’t make it easy for artists like us to get recognition. So actually in 2019 it’s way easier to get known and popular, BUT: Nowadays to be a DJ is something most people would want to be, while we were the nerds back then, so the pure amount of competition is also way bigger, and sure does not make it easier… In case you manage to stick it out though, from a certain point on, you get attention and recognition way easier than in the 90s. Social media can blow a young talent up basically in no time, sky is the limit, while as said it took us years and years to build our brand over the globe, basically territory by territory…Longevity is a different part of the story again. If you turn big in no time, the chance of fans turning around for the next hot thing, as quick as they came is a possibility, so we feel to stay relevant, an artist in general should stick to his roots, not run behind trends blindly, create a clear profile, be unique, this is important and possibly would be the key advise we would give to young artists.

No Replies to "Cosmic Gate: Their 20 Year Journey"