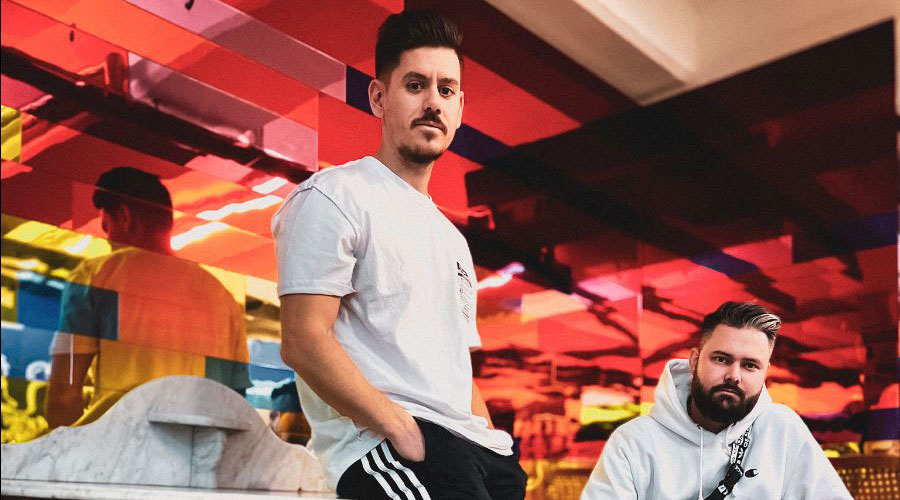 ELEVNS is an electronic and beat maker duo home-based out of London, taking inspiration from innovators like Steve Jobs and the street artist KAWS. They see technology as a means to develop music and creativity; something to be embraced and unafraid to ignite the joy of new discovery in the listener. The brainchild of hard-working producers Gramm and Aurelian they met through different projects in the past. They collaborated on what was meant to be a brief idea but the chemistry was such that it grew to something much greater with ELEVNS becoming the result. Their discography includes ebut 2019 EP “Faces and Places” released via Deja-New Records embodies catchy, diverse sounds their sound. You are nothing without your live performances and ELEVNS are well aware of this. When it comes to live performances, you can expect anything from a bouncy “2-person” show complete with live video all the way to a full band spectacular. On March 18, 2020, the duo released their latest single for Deja-New titled “Get Back” in collaboration with American rapper Mr. J. Medeiros. “Get Back” Incorporates a range of influences from Kaytranada, J Dilla and Anderson .Paak, delivering an irresistible up-tempo beat coupled with the versatile vocals of Mr. J. Medeiros. This latest offering further showcases the duos ability to conjure a fresh sound builds upon an already impressive discography: “Got You;” “Falling into You” and their debut EP “Faces & Places;” all of which continue to validate ELEVNS as one of the United Kingdom’s most promising rising acts.