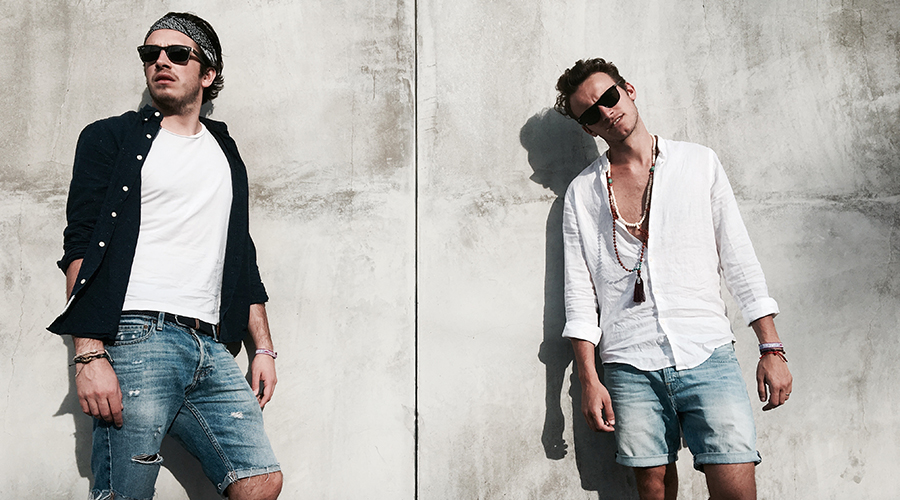 FDVM: Spreading Their Message Of Love And Joy

Florent Denecker and Victorien Mulliez, known as the French duo FDVM, have notched high profile performances while presenting their music to attendees at Coachella, Burning Man, Mysteryland, Woogie, Outside Land, Opex Festival, among others. They’ve stood side by side, sharing the decks alongside Carl Cox, Andhim, Claptone and Watermat, to name some big time acts. They’ve recorded for Ultra, disco:wax, Flamingo Recordings and Dirty Soul Music, accumulating upwards of 30 million Spotify plays of their musical output, including their recent singles “Love Again,” “Make It Right” and “Brightest Light.” It’s all led to widespread recognition and support from some of today’s leading dance music personalities, among them Lost Frequencies, Robin Schulz, Klingande and Bakermat. FDVM’s music is described as happy and groovy, with acoustic and authentic touches added to the deep house formula and in this Q&A session, we get the two discussing their song writing processes, how they met, the keys to breaking in to the U.S. market and who their dream dinner invites would be.

The Journey Of Mahmut Orhan Is All About The Feel

No Replies to "FDVM: Spreading Their Message Of Love And Joy"