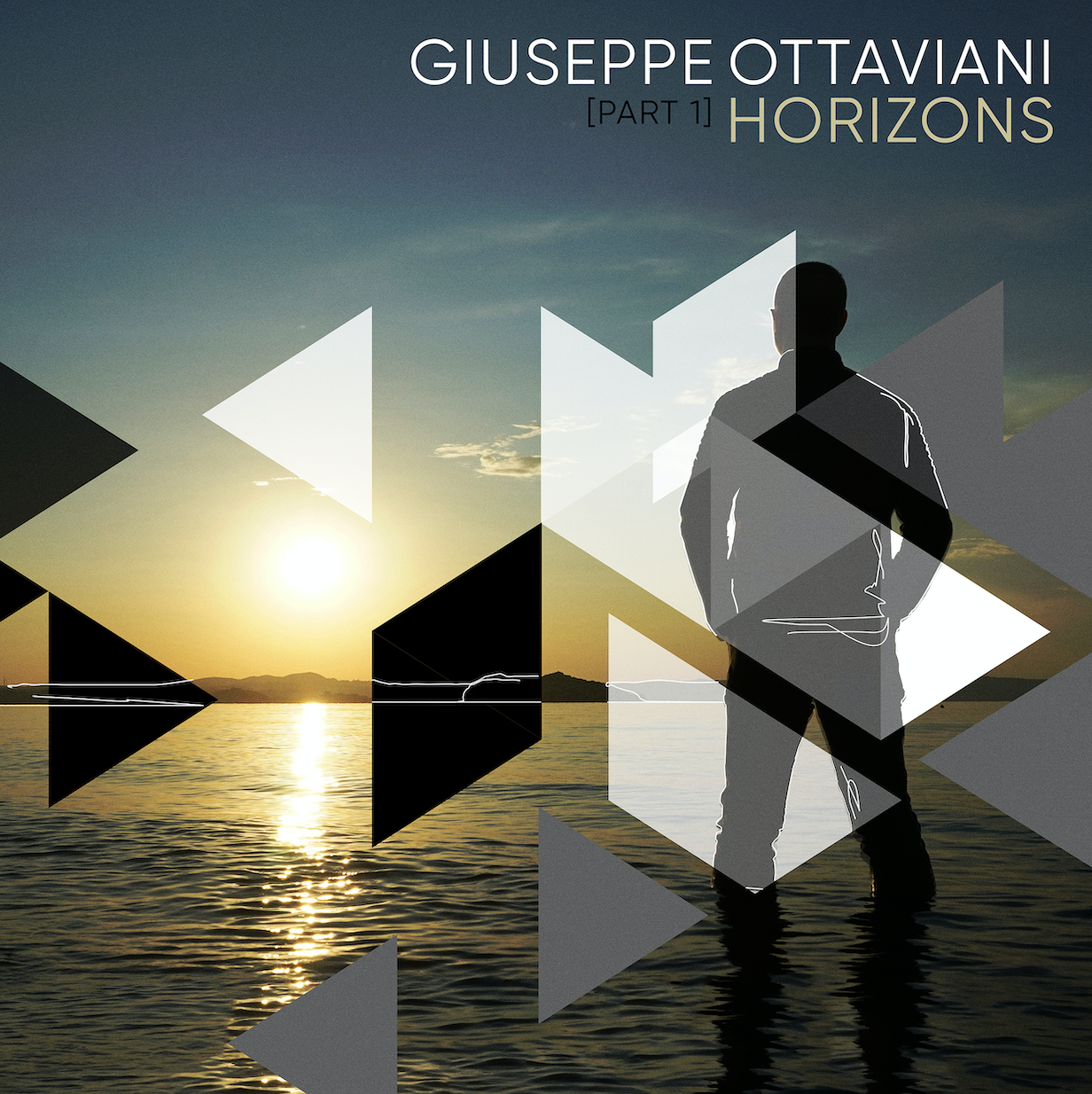 ‘Horizons’, Giuseppe Ottaviani’s 2022 album project. His fifth longplayer (available to pre-order/save from today, it marks musical milestones for the Italian in a number of different ways.

In the eyes of fans, Giuseppe has remained the most steadfast producer in the genre. Famed for his resolutely exacting productions, there’s been a long-held perception of him as a ‘known-quantity’. For those prepared to look deeper though, there’s always been another side to the composer, performer, and most recently – through his Masterclass production series, [https://www.giuseppeottaviani.com/masterclass], teacher. Giuseppe’s been a deft and artful innovator – balancing out that dependability with hidden-in-plain-sight advancements. That characteristic has now been channelled into his ‘Horizons’ project.

Giuseppe’s Live 2.0 & 3.0 performances essentially turned clubs into recording studios, in turn beginning the production processes for 2019’s ‘Evolver’ album. Earlier than that even, with 2016’s ‘Alma’, his ‘Slow Emotion’ tracks had already begun playing with the idea of what Giuseppe ‘was’. In tandem, they were essentially laying the foundation blocks for ‘Horizons’.

Commenting on this “modification” (as Giuseppe terms it), he observes that “change seems to have become our ‘constant’ of late. As such, I imagine that something of this nature was always going to be reflected in the ‘Horizons’ albums”. What that modification means in real terms is “music produced with less of a clubfloor focus to it. Adaptable, certainly, he suggests, but at this moment in time, not reliant upon.”

Ottaviani’s most predominant shift in concentration has been in tone and song. Specifically that’s meant utilising sounds from outside of his usual remit and a greatly increased emphasis on deeply meaningful and relatable lyrics. Indeed, ‘Horizons’ and ‘Evolver’ hold their own unique symbiosis: ‘Evolver’ being purely instrumental, while ‘Horizons [Part 1]’ is vocal-detailed near enough throughout. That, to no small degree, was due to the prevailing circumstances. Clubs were closed, but singers and songwriters were anything but. This allowed Giuseppe all the time necessary to pinpoint the voices that would work best with the music he was producing and rally them to its cause.

With the artistic taps wide-open, ‘Horizons’ productions became an outpour. To such a degree in fact, that it quickly spilled the banks of the conventional album and was divided, naturally enough, into two. Through its advance-word singles, ‘Horizons [Part 1]’ has already outlined a cooler, deeper, more mindful tone to fans. That – often for the first time – has brought voices well known in other electronic music quarters to trance’s door. Among them have been songstresses like Monika Santucci, April Bender, Mila Josef and Natalie Shay. Giuseppe’s also draws on deeper tones from vocalists like Jan Burton and Dan Soleil, all of who collectively shape the unique sound of ‘Horizons [Part 1]’.

At every opportunity, Giuseppe gently underscores that the two volumes of ‘Horizons’ don’t necessarily represent a permanent change. It’s a vocal yin to ‘Evolver’s instrumental yang, a sonic amendment that chimes more with our current times and an reflection of an artist more adept at adapting than conventional wisdom suggests.

Turning to face summer 2022, the first part of ‘Horizons’ – Giuseppe Ottaviani’s new album project, is released on May 20. You can pre-order or save it via this link from today [https://blackhole.lnk.to/horizonspartone].

Ciaran McAuley, Roger Shah & Hannah Brine - You and I