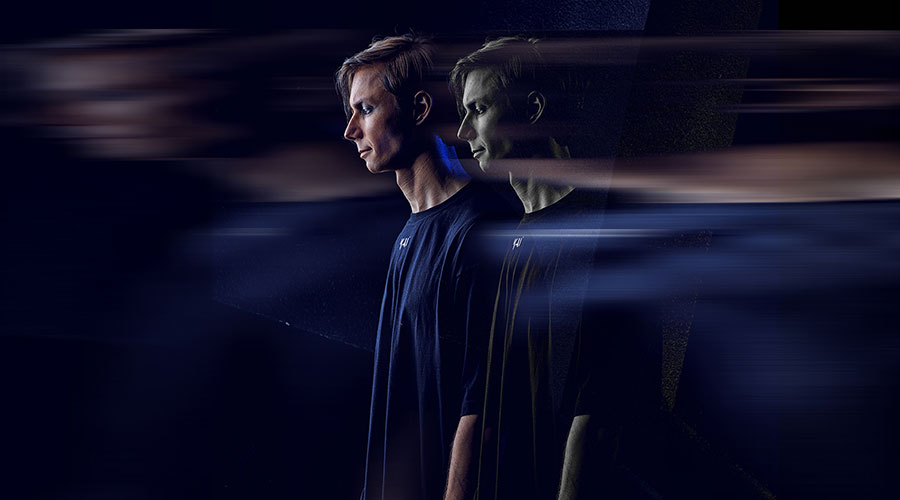 Ka Fu makes experimental electronic music that is deeply moody and dark, and heavily influenced by the music Depeche Mode. He also frequently draws inspiration from the ambient mastery of Brian Eno, Orbital, and Autechre, among others in his original compositions.

According to the album’s press release, Ka Fu is not a classical musician and, moreover, does not want to be perceived as a musician at all. He treats music as a language, using it as a tool to communicate with the world and to construct a “home” wherever he might be.

Ka Fu has chosen to abandon the constraints of genre in an attempt to rediscover the unique feeling of creating meaningful sound waves.

Ka Fu originally comes from Severodvinsk, Russia and currently resides in Milan, the place where he finds inspiration, connectivity, freedom and creativity. For his latest release on Hidden Vibes, “Encoding/Master,” is the result of the self-confessed global nomad continuing his mission of creating spontaneous music derived through experimentation, development and message conveyance.

The new album gets its title from the final message on Ableton software before a completed track is ready to be exported – an indication that the track is finally finished. And according to Ka Fu “That’s the highest point of satisfaction for any musician, I guess, when the song is done and you’ve finished your marathon.”

Want first hand and further insight to the new album? In Ka Fu’s words “Creating this album was hard work, but what made the process different, was that I enjoyed the journey to the result, through every step. And that’s how I came to the final point when the album was ready and I saw the “Encoding: Master” message on track number 11 – the final one. True emotions over fake ones, your own choice over the given reality. This is what I feel now releasing this album and it seems like that’s the main point of my music.”

Personal favorites include the tracks “Opposites,” “Empty Days” (which harks back to the heydays of the synth era- the 90s and features some dark and deep vocals, add in some hip-hop elements and you get an enchanting great track), “Where Everything’s Ours” and “After All.”