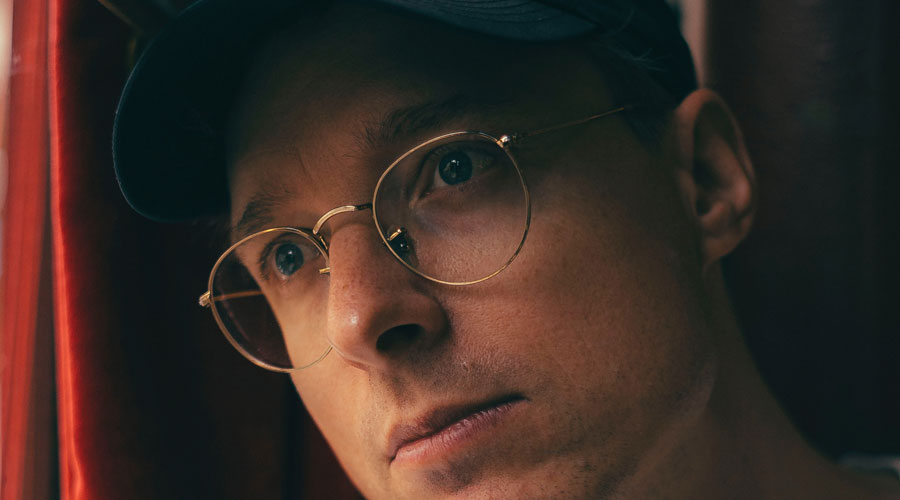 Kasper Bjørke’s press clips include the exclamations “the past decade has seen Bjørke steadily rising amongst the ranks of artful, eclectic electronic producers…”—XLR8R;  “Kasper Bjørke definitely makes art. Each production feels assured with the Scandinavian impacting a genuine sense of the cerebral into his music.”—Clash Magazine. In the last five years or so, (2014-2019), Kasper has released several LPs, EPs and music for film. The Copenhagen based musician broke out with 2018’s “The Fifty Eleven Project” (named 5th Best Contemporary Album 2018 in The Guardian), released through Kompakt Records.  It’s an epic 2 hour journey into ambient space and widely recognized as a masterpiece. Kasper’s gig sheet includes all the big and famous clubs and festivals: From Panorama Bar and Watergate in Berlin to Rex Club in Paris, Robert Johnson in Frankfurt, D-Edge in Sao Paolo, Fabric in London, Output in New York, Electric Pickle in Miami – and international festivals like Sonar Barcelona, Roskilde, Iceland Airwaves and Calvi on the Rocks. Back home in Copenhagen, he’s known for rocking out at Jolene with marathon 7- hour long B2B sessions alongside fellow Djs Marvin & Guy, Justin Strauss, Axel Boman and Tim Sweeney. Kasper is also has remixed a wide range of established artists like Weval, Sascha Funke, Danielle Baldelli, The Golden Filter, Sonns, Pillowtalk, Colder and Rebolledo for labels like Bella Union, Ghostly International, Kompakt, Permanent Vacation, Multi Culti, Wolf + Lamb, Throne of Blood, etc. Kasper has also released “one off” compilation tracks on labels like Eskimo, Correspondant and Hippie Dance (YAYHF). Every once in awhile, Kasper changes things up and releases music under his side project moniker The Mansisters with Icelandic friend Jon Atli Helgasson aka Sexy Lazer.  Their latest EP “Queens of the Night” was released in April 2019. After a three-year absence, Kasper Bjørke returns to hfn music with a sublime new double EP entitled “Nothing Gold Can Stay.” The new release explores both the analogue and organic side of his production work on Side A – while Side B reflects on sounds that he would play today, in one of his nightclub DJ sets. Check him out!