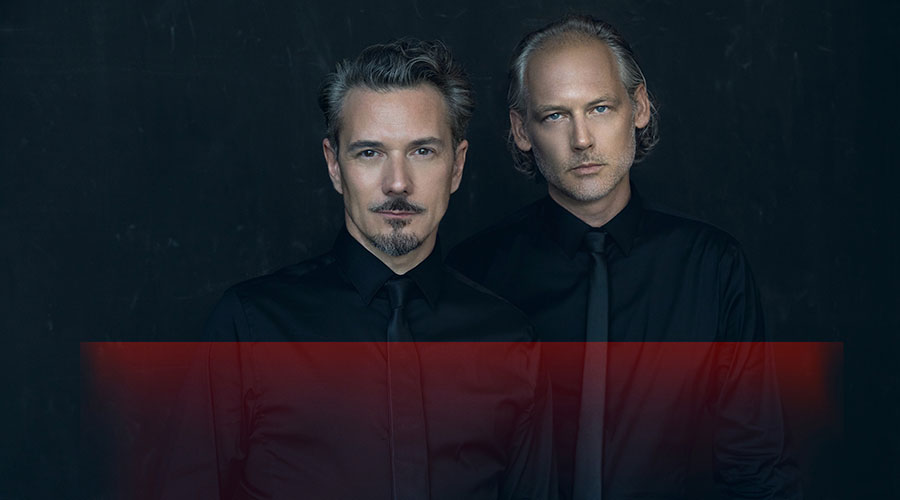 Legendary trip-hop duo Kruder & Dorfmeister have emerged from the depths with the release of their long-awaited album, “1995,” set to drop today, November 13, 2020 via G-Stone Recordings and available on vinyl. Not long ago, after a box of unreleased DATs had been found in a Viennese basement behind the old G-stone studio 2, our heroes fell back through the music wormhole – into a smoke-laden room in 1995. The album was mastered by the esteemed Bernie Grundman (Steely Dan, Michael Jackson, Dr. Dre) and is their first album release in 22 years as they share memories thought lost in time. The duo are perhaps best known for their two stand-alone classics of The K&D Sessions and the DJ-Kicks. 1995 will be available in double vinyl (180g, gatefold and download link included), CD digipack and on all digital platforms.

Following the release of the first two singles from 1995 of “Johnson” and “King Size,” the two will have released a third and final single (“Swallowed The Moon”) ahead of the album. This year, the duo have already been featured on the Spotify playlists for New Music Friday (Deutschland, Mexico and Israel), Indie Brandneu, Triphop and Acid Jazz. The pair have sold millions of albums worldwide and have accumulated hundreds of thousands of plays across digital streaming platforms. K&D consider the UK their “second home base”, with two sold-out shows at London’s Roundhouse in 2018, shows at both the Hammersmith Apollo and Albert Hall, and an extended European tour in the works for May 2021.

Composed of Peter Kruder and Richard Dorfmeister, the pair draw influence from hip hop, rare groove, dub and new wave, and their sound finds company alongside Massive Attack, Tricky and Thievery Corporation. The two have also engineered the successes of multiple projects including Tosca, Peace Orchestra and Voom:Voom, and official remixes for the likes of Depeche Mode. Those days of “K&D Time” had been thought to have gone. But one of times tricks is to hide itself in music.

Let’s take a step back, to the spring of 1995 where we’ll find Kruder & Dorfmeister emerging in a time for living in the studio and experiencing the joy of creating tune after tune. Appearing from the cloudy timewarp, the two are seen pouring a small part of their souls into an unknown album laden with the smoky haze. The duo pressed up 10 DAT copies of this mysterious album and gave 4 away to some suitably eccentric individuals while the rest were packed away for safekeeping. Time passed and the album lay in waiting before one day, an inconspicuous moving box was unearthed… And thus, 1995 was found again, a time capsule finding startling relevance in the current world.

Speaking of the album, Kruder & Dorfmeister tell us, “It now looks, feels and sounds pretty much exactly the same as those original 10 copies did in 1995. The only thing that couldn’t be done is the original clouds of smoke those 10 copies were bathed in. That will be left to the listener to wrap it in the fresh harvest of 2020. In one way it’s a musical time warp space travel. In another, if the music becomes classic and timeless, then it’s of its time, whatever the time.” No Replies to "Kruder & Dorfmeister Return With New Album "1995""