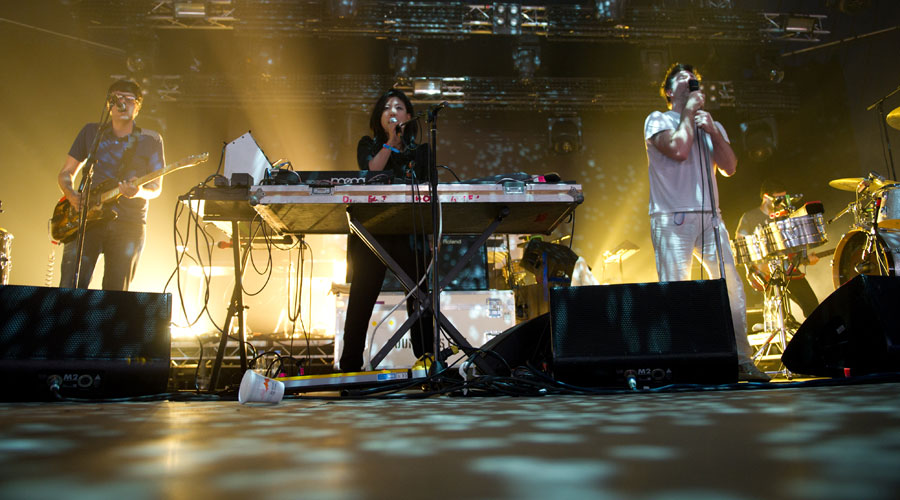 On January 19, 2018 James Murphy and LCD Soundsystem walked in to Electric Lady Studios in Manhattan, New York and by January 21st they walked out with a twelve-song live set titled “Electric Lady Sessions.” The LP, marked as their 3rd “Live” album, was made available in early February 2019 via DFA and Columbia Records on digital formats as well as a two (180-gram, 12-inch) vinyl gatefold package.

This new live in the studio set features nine LCD Soundsystem originals performed during their successful 2017-18 American Dream Tour, along with three killer cover tunes: Human League’s “Seconds;” Chic’s “I Want Your Love;” and Heaven 17’s “(We Don’t Need This) Fascist Groove Thang.” To clarify, “Electric Lady Sessions” is a “live in the studio recording” and not a live recording taken from selected stops on their American Dream tour. What Murphy and the rest of the LCD Soundsystem collective set out do was to record a few of their songs and put a new shine on the aged patinas of the selected classics. The tracks are not reconfigured, so you’ll instantly recognize several of your favorites quite easily. By the time you get to the album’s midway point, the band has solidly achieved their collective groove and feel. Mix in a little bit of chaos and some production wizardry and you end up with a “live” recording only Murphy and company can conjure up.

Highlights include “Call The Police,” “I Used To,” and “Oh Baby.” Also noteable is the track transitioning of “Tonite” to “Home” to Chic’s “I Want Your Love.”  The seamless blending of these tracks reflects and captures over 16 minutes of high-energy musical bliss that one would expect in an arena or high profile stage mixed by a DJ.

“Electric Lady Sessions” is a time capsule containing fresh new takes on some of the band’s most iconic cuts. Now that LCD Soundsystem’s “Electric Lady Sessions”  is out in  the public domain, one listen and you’ll feel an honest, straightforward album,  made with fun, love and imagination. This ”live” recording should also hold over LCD fans until the time of new album is announced.