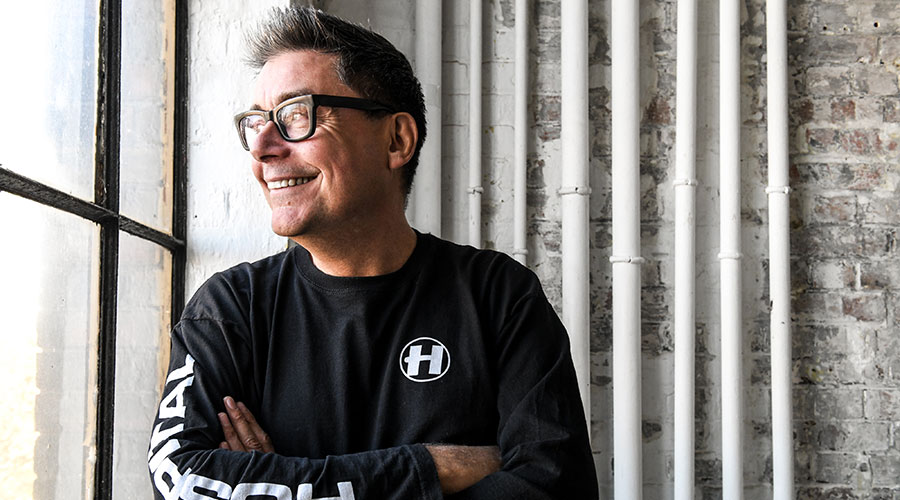 “Building Better Worlds” marks what is being called the boldest musical adventure of London Elektricity’s 30-year career with his recently released seventh full length album.  The new collection of songs chiefly draws inspiration from experiencing the photography of derelict and downtrodden towns throughout Japan, Taiwan, and China as captured by Benjamin Beech. According to the producer, each track is married to a photo and jointly expresses what has been, what could have been and what will be. What a perfect formula, presenting the feels of a photograph through the music it conveys. It’s a pretty brilliant concept when you think about it.  Fellow Hospital label mates Emer Dineen, Inja, Urbandawn, Whiney and London ELektricity’s 9 year old son under the moniker of The Secretary General make appearances.

Kicking it all off is the spectacular “Final View From The Rooftops.” The track finally gets its due after 13 years of development and it’s most likely one the most insane drum and bass cuts under his penmanship.  The track features powerful and operatic vocals by Cydnei B. Speaking to the track LE comments “The beauty of this song lies in its simplicity, but also its duality. I’ll leave you to work out what the lyrics are really about…They are some of the darkest lyrics I’ve come across in years.”

Pitched as another highlight is the track “Time To Think” featuring Inja and LE’s 9 year old kid, The Secretary General. The vocal back and forth between showcases the two in an effortless flow of dope vocal smoothness.

Like many have said before, London Elektricity is a true master bridging electronic drum and bass with live instrumentation. Every time he delivers a new collection of songs, we are privileged to experience new things, ideas and sounds that are setting new heights and expectations as to what electronic drum and bass music can be.  “Building Better Worlds” is just that and is available as a special limited edition 36 page lyric book, complete with an in-depth narrative for each track and 3x clear vinyl.