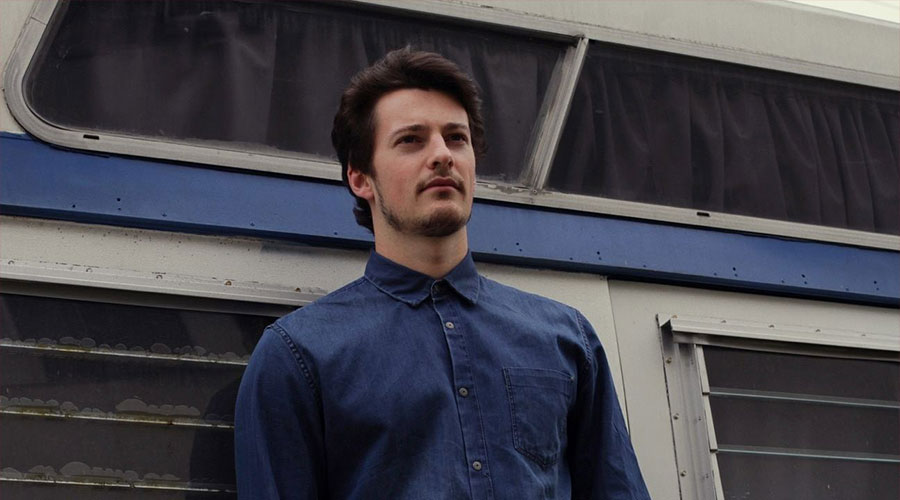 Rob Tirea is a musician, producer and singer from Los Angeles. After recently releasing the track “For You,” Rob joins us for an exclusive interview discussing the new single, teases a forthcoming EP, what’s it like living in Los Angeles, musical influences and more.

Tell us a little about your musical upbringing and what led you to a career in making music?

Rob Tirea: I started playing the guitar and drums when I was around 10 or 11 but it was nothing too serious, only for fun. Then in around 2013 I went to a festival called Outside Lands in San Francisco and saw some awesome bands and electronic acts. I watched Tiësto live as well as Duck Sauce, and on the more alternative side, The Arctic Monkeys. I fell in love with the live side of things, especially in the electronic music space and was blown away by the production. After that, I went home and tried to figure out how to make music myself. I downloaded FL Studio, which my brother had been using for video game type beats. So that’s how it all started and a couple of years later here I am today!

What music are you listening to these days?

RT: I’m listening to everything and anything. I like some of the newer dance music as well as Clean Bandit, and I’ve also been loving the new Disclosure album. On the alternative side I’m listening to Nothing But Thieves, a band called Hurts and the new Elderbrook stuff.

Name an Indie band that has had the biggest influence on you as a person, as well as the music you produce.

RT: It’s really hard to pick just one! A lot of my earlier dance music is more pop based and I’m trying to move towards just me singing on it to having that kind of indie dance feel. A band that had a really big influence on me growing up was Depeche Mode, I just think the darkness of their sound is so amazing and although it’s hard to emulate, it’s definitely been a big influence on the music I have coming up.

What is your favorite instrument to play: Guitar, Bass, Drums or Piano? Why?

RT: Probably Piano I’d say. I think it’s such an emotional instrument and I also feel very comfortable performing with a Piano.

Tell us about your recent single “For You” and the message it delivers.

RT: It’s about people who live their lives seeking validation and praise from peers or family members and they schedule and build their life around trying to please others all of the time. It’s something that I’ve done in the past and a mindset I’ve learned to get out of because if you’re not doing things that make you happy then what’s the point! You can end up falling into a trap of chasing success in order to make others think you’re successful – but at the end of the day, none of that matters.

You were recently invited to livestream a set (8/21/2020) on Earmilk. How was that experience and would you do it again?

RT: Absolutely! I thought it was a lot of fun. We had these cool lights that we set up and it was a little bit of a production I would say. My neighbors really enjoyed it as well, surprisingly, even though you’d think they’d probably complain. But yea it was a lot of fun, especially as a sunset set, when it turned to night time and the lights became more fluorescent, it looked really amazing. So yea I’d definitely do it again. I know live-streams are a little overdone and everyone seems to have done one, but I really loved it and would definitely do it again.

What’s the best thing about living in Los Angeles?

RT: Well not the air quality as we have fires every year, which is a big problem here. But I’d say one of the best things is the constant creative energy that’s going around the city. There’s a lot of talent and its very inspiring. There’s no better place in the world to network and collaborate with other artists. The other thing I love abut the city is the food, specifically Mexican food which I’d highly recommend.

Tell us about your debut EP. Have you chosen a title and a release date?

RT: We don’t have a set release date as of yet and when we do have one I will release the title, but until then I will keep you all in suspense.

What’s next for Rob Tirea?

RT: Great question, I think that has to correlate with what’s happening in the world because I’m planning to put out an EP and I would like to start touring next year and playing shows but unfortunately that’s not quite up to me and we’re still building the brand and we’re on the come-up. Hopefully as that goes and that momentum builds I can start playing more shows and really hit some target markets. I don’t know when the live scene is going to come back, I hope it’s going to be soon because the people are itching for live music.

And finally, how are you coping with and spending your time in the midst of the current events we are living in?

RT: It’s honestly business as usual! I’m making music for most of my day and if not, I’m trying to get some exercise, sleep. I do enjoy ice hockey so I watch some of that on TV if I have the time, which isn’t often but I catch it when I can. I socialize sometimes and try and see a friend for a coffee because I guess that’s the extent of the proximity people can hang out in. So, yeah that’s pretty much how I’m spending my time at the moment.

Stream “For You” here.

No Replies to "Rob Tirea: Doing What Makes Him Happy"