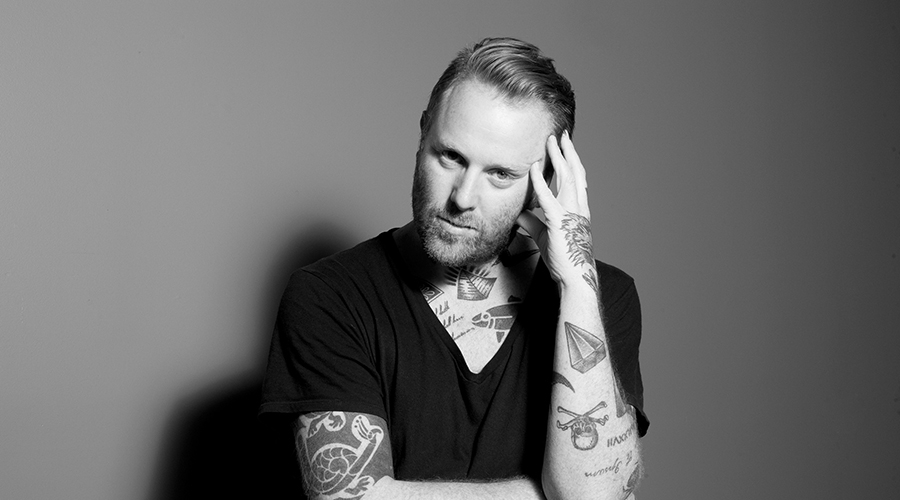 For ten years, Sian has been running and growing his label Octopus Recordings with an impressive roster of artists and releases that include Nicole Moudaber, Pleasurekraft, Alan Fitzpatrick, Julian Jeweil, just to name a few. Residing now in Los Angeles, Sian has released a massive full-length studio album of 20 tracks that will appeal to fans of warehouse techno, intergalactic hip-hop, and dubbed out electronica, titled “Capital Crimewave.”

The new album features fellow Los Angeles hip-hop artists AG Fernandez and CL. From beginning to end, the blending of techno and hip-hop reigns supreme with AG Fernandez laying down positive lyrics in a effortless fashion on eight tracks that compliment sophisticated rhythms and bass booms perfectly suited for big room techno club dance floors. The music is progressive and futuristic and, quite honestly, an advancement in the development of experimental dance music on the hinges of dark, and energetic techno-laced dance music. Throughout, you’ll be treated to some extraordinary programming and usage of electronics. Anyone who has leanings towards adventurous, alternative and progressive electronic music tastes, these songs will absolutely transcend you from the past to the future, across the two well-established genres. By showcasing the talents of AG Fernandez, as well as CL, it also puts Sian in position to be a leading voice in the transitional changes of incorporating hip-hop flavors with techno through the lyrical prose and voicings they deliver and are a testament to the evolutionary leaps that are well underway, as demonstrated in each of the 20 tracks.

Personally, while the hip-hop infused tracks such as ‘Change,’ ‘Underrated,’ ‘Kinetic Energy’ and ‘Flowing’ are brillliant with a breakout vocal performance from Hernandez in particular, I find the instrumentals to be exceptional, because the diversity and stylings kept me interested in the intricate and complexity of the compositions, easily transformed into epic tracks that really highlight his talents. Standing out amongst those are: ‘Autofocus,’ ‘Stuxnet,’ ‘Python,’ ‘Never Retro’ and ‘Camouflage.’ Listen more than once, and with headphones, and you’ll discover something new each time and if heard in a club setting, it will open the aural sensations and will get your body moving.

This album is an excellent example of an artist taking chances, getting away from the standards of today by reflecting on the past and taking the cross-genres of techno and hip-hop in to the future. On a side note, at the time of the official release, Sian has taken the “Capital Crimewave” production on a multi-national tour with several dates across the U.S. in June and July. Visit his website at djsian.com for dates, cities and more information.