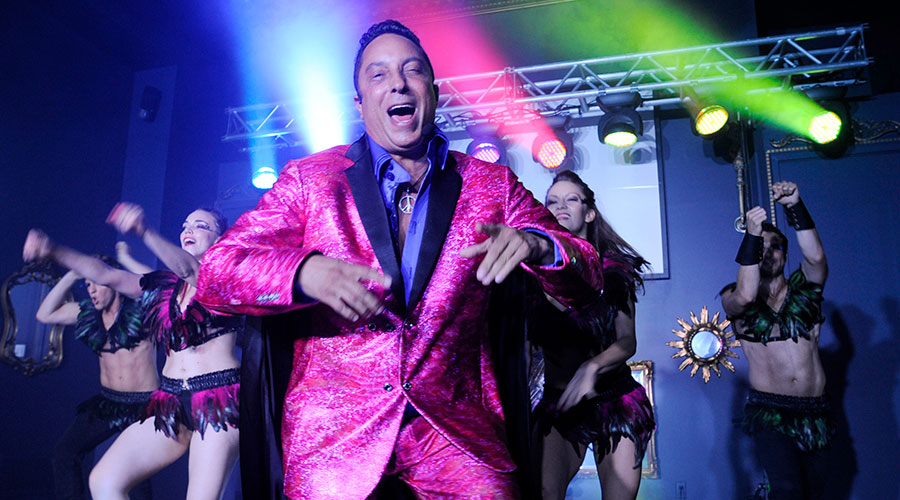 Sir Ivan: Behind The Scenes-“Happy Together”

Sir Ivan has had quite the career spanning from banking to films to books and topping the Billboard charts. After the success of “Happy Together” 10 years ago, Sir Ivan re-released this stunning track with 5 talented producers on remix duties. We caught up with Sir Ivan to discuss the “Happy Together” remix pack, his Peaceman Foundation and future plans.

Holly Roscoe: What made you want to re-release your cover of “Happy Together?”

Sir Ivan: I have many songs that I have recorded, that were never given a full-on global promotional effort – I just felt in my gut that it was time to go with “Happy Together.”

HR: How hard was it picking who you wanted to remix the track and how did you make that decision?

Sir Ivan: It was not hard at all picking the five re-mixers that accepted the assignment. Three of them had worked with me before, over the years. DJs From Mars did a remix of “Love Is All Around Me” & “Live For Today.” Ralphi Rosario did remixes on “Kiss All the Bullies Goodbye” and “La La Land,” and 7th Heaven did remixes for “Imagine” and “I Am Peaceman.” They were all excellent productions and have lit up dance floors all over the world. Bimbo Jones and Moto Blanco were always on my short list of great producers that I wanted to collaborate with. I knew they would deliver stellar remixes and they did!

HR: Do you have a favorite remix in the pack?

Sir Ivan: My favorite is the DJs From Mars remix! I see it as the perfect festival mix, with tens of thousands of people dancing and singing their brains out to it.

HR: How long did the project take to all come together?

Sir Ivan: It took a few months to get the whole remix package completed because they are all popular DJ’s, with busy schedules, not just record producers.

HR: How has the initial reaction been to the re-release?

Sir Ivan: The initial reaction to “Happy Together” has been virtually unanimous among DJ’s who play vocal tracks – they love it and say they’ll play it.

HR: In the original release, what was the reasoning behind wanting to cover The Turtles tune “Happy Together?”

Sir Ivan: The reason I did the cover originally in 2009 was because I did a whole 60’s cover album to show my respect to those spreading peace & love; and those that fought for civil rights, women’s rights and gay rights. That album is called “Peaceman Shines.”

HR: Tell us more about your amazing ‘The Peaceman Foundation’?

Sir Ivan: I established a private charity in 2005, called “The Peaceman Foundation,” to help those that suffer from Post-Traumatic Stress Disorder (PTSD) and to look for cures for it. My late father was an Auschwitz survivor who lost 59 family members during the Holocaust. As a result, he had nightmares, flashbacks, and headaches his entire life – classic symptoms of PTSD.

HR: You’re a man of many talents! what projects are you currently working on?

Sir Ivan: I have been editing a book about my father’s life that is coming out April 6, 2021. It will tell the story of how he overcame his tragic past and PTSD to become one of the most successful businessmen in American history.

HR: Can we expect to hear some fresh music from you in the future?

Sir Ivan: I am going to release another remix package later this year and will probably continue at the rate of two per year.

HR: Finally, where can people go to download their copy of the Happy Together remix pack?

Sir Ivan: I am distributed by TuneCore so all the stores and streaming sites in their network, including Apple Music, Spotify, and Amazon Music have it available to download or stream.

No Replies to "Sir Ivan: Behind The Scenes-"Happy Together""