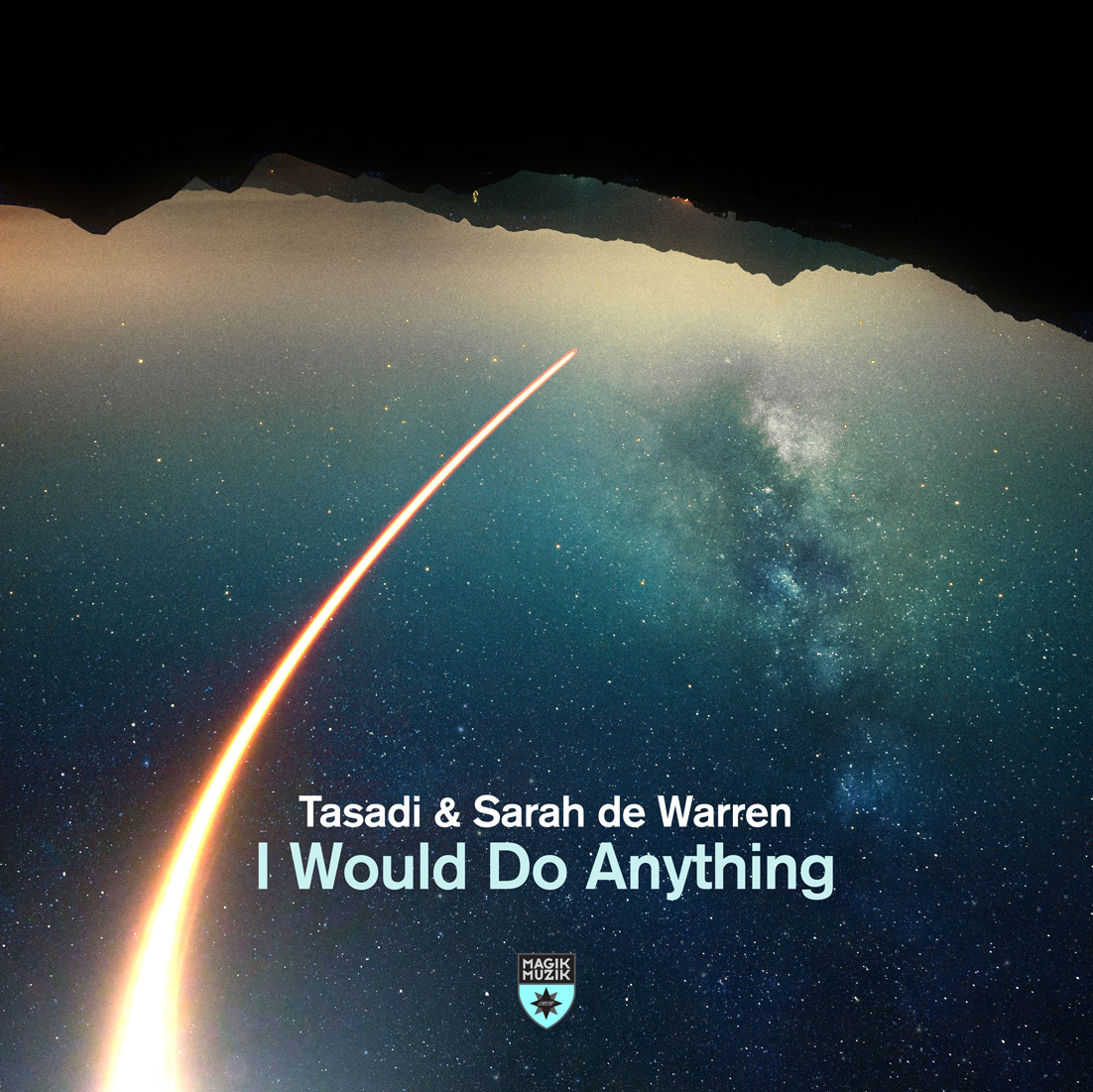 Tasadi & Sarah de Warren – I Would Do Anything

Last year, cult underground tranceteer Tasadi signaled an end to his epic seven-year studio hiatus. It perhaps wasn’t the ‘when’ that garnered the most attention though, but the ‘how’… Taha Asadi used the last of his latent months to prepare an incredible groundwork for the return. Subsequently, over 2020’s duration, he directed an impossible-to-miss, twelve-strong, Jan-to-Dec new release hail at DJs, clubs & airplay lists.

Those included outings for Orjan Nilsen’s In My Opinion, Andy Moor’s AVA Recordings & Alexander Popov’s Interplay, as well as much through the fast emerging Starsphere label. Now Tasadi addresses the New Year with another label debut, bringing us his first release for Black Hole Recordings’ foremost imprint, Magik Muzik.

‘I Would Do Anything’ pairs Taha with the estimable singing/songwriting talents of Sarah de Warren, and for her part the English vocalist brings the track all its heart. The cut-glass resolve of her delivery belies its laid-bare lyrics, the reflectively bittersweet nature of which is impossible to ignore.

With Sarah delivering it its emotional charge, Tasadi’s left free to bring the floor power, which he does through the most tenacious of studio workouts. Replete with drum march, high-altitude synths and bags of bottom end, he drives ‘I Would Do Anything’s point home, square & true.

‘I Would Do Anything’ from Tasadi and Sarah de Warren is available now through all good streaming and sales outlets, all accessible via this link (https://blackhole.lnk.to/anything).

Richard Durand & HALIENE - Give Your Heart A Home

Cosmic Gate & Olivia Sebastianelli - We Got The Fire

No Replies to "Tasadi & Sarah de Warren - I Would Do Anything"