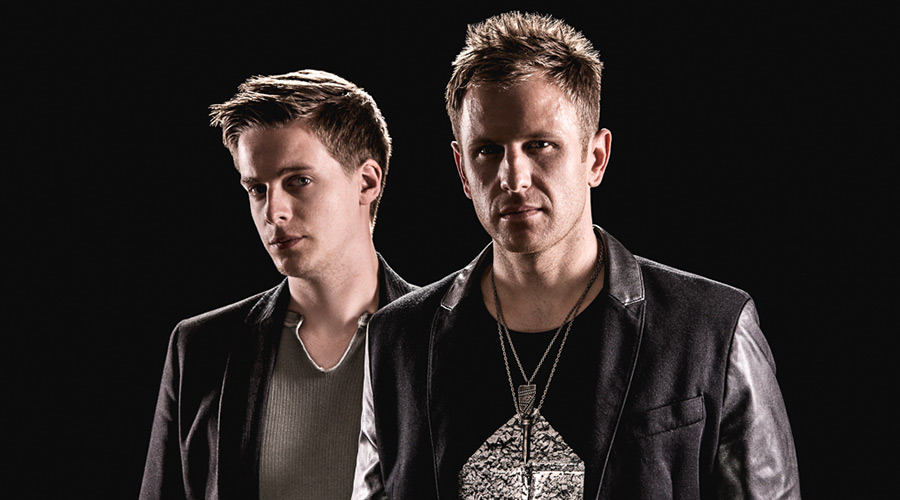 Following the end of their “10 Years of Enhanced North America Tour,” Tritonal releases a stacked remix package for their most recent hit – “Love U Right.” Out now on Enhanced Music, the package consists of four fresh takes on the original from DallasK, Attom, Kyau & Albert and Yetep & Zephure; each placing the artist’s unique touch on Tritonal’s signature electro-pop sound.

DallasK, who is known for his massive collaborations with Tiesto and Hardwell, adds his big room house influence to “Love U Right” with powerful melodies and an energetic drop. In the second half of his remix, DallasK showcases his dynamic artistic abilities by adding his own vocals to the track. Iowa-based Attom puts a futuristic spin on “Love U Right” by combining chopped vocal fragments, angelic tones and subtly pulsing beats. The result is a euphoric remix that demonstrates Attom’s unique sound and style.

German trance producers Kyau & Albert add electrifying keys underneath Lourdiz’ catchy vocals, leading into an extended buildup for an intensified drop. This track has already been getting large amounts of support from DJs such as Markus Schulz, Ferry Corsten, W&W, and is sure to be heard at sets for months to come. The final remix in the package is a collaboration by Yetep & Zephure. This take on “Love U Right” begins with a bright piano chord progression that releases into a climatic drop filled with mesmerizing melodies and sounds. Yetep’s bootleg of “Now Or Never” has been hammered in Tritonal’s sets for months, gaining momentum for the up-and-coming producer. With support from Tritonal and the collaborative help of Zephure, this remix marks Yetep’s first official release.

In partnership with National Alliance for Mental Illness, Tritonal will be donating their streaming royalties from “Love U Right” and its remixes to support the work NAMI does to raise awareness of mental health within music. This is a cause that Tritonal is deeply passionate about, as Chad formerly had a severe substance abuse problem before finding solace in dance music, and actually now has his own rehabilitation center in Austin to help others with what he faced. Additionally, Dave faces a serious anxiety issue which makes performing to a crowd an incredibly tough experience for him at times.

Tritonal has taken 2018 by storm with an impressive and consistent collection of successful releases including “Just Like You” featuring APEK, “Horizon” with bassmasters Seven Lions and Kill The Noise, and “Out My Mind” which soared to over 6 million streams. The duo recently concluded their most massive North American tour yet, 10 Years of Enhanced, which celebrated their highly affirmed label. The tour took Tritonal around the country to perform in 19 major cities for their most beloved fans, alongside support from across the Enhanced Music roster.

Following the tour, the Texas-based duo has returned to their residency at Marquee Nightclub & Dayclub in Las Vegas, NV, and took the stage at huge summer festivals including Bumbershoot and Das Energi, among others. Infected Mushroom Are Back With "Walking On The Moon"