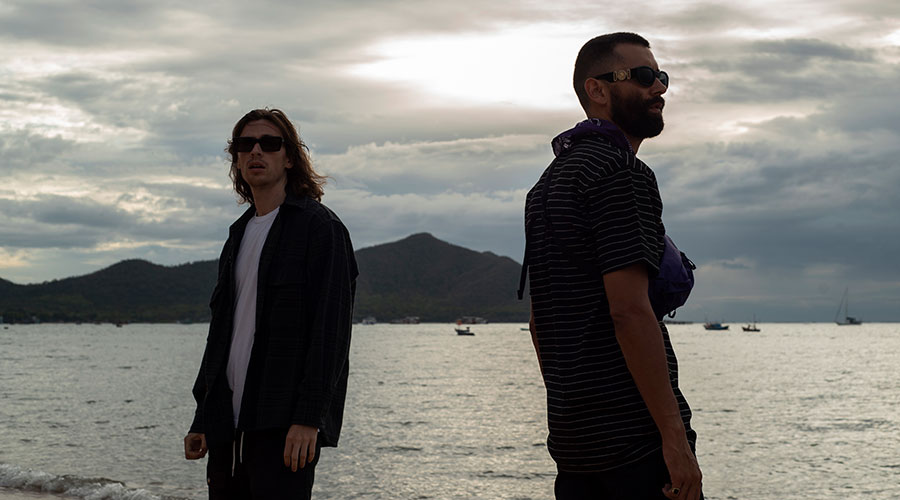 The official Press Release pitch goes like this. After a three-part series of mini-releases, Barong Family’s highly anticipated “Hard in Bangkok” LP is finally out in full force! Although travel is limited for many listeners right now, the album will whisk you away to Thailand’s capital city, where 14 artists of the Barong crew gathered to hang out, exchange ideas, and as a result of the production camp, made new music.”Hard in Bangkok” brims with its spirit, from the cacophonous and frenzied theme of hardstyle-influenced, hard-hitting tracks like “Tom Yam Disco” from Sihk and Stoltenhoff to the down-and-dirty, booty-shaking vibe of RayRay and Crisis Era’s “Naughty.” There’s even “BKK to LA,” which is Rawtek & LNY TNZ’s trap answer to vocal bass. Yellow Claw makes appearances on four tracks, opening with “Supernoize,” that opened the album’s tracklist and announced it as a single release back in January 2020; following up with “Beat Your Mother” featuring Radical Redemption and Lil Texas, “Let There Be Bass” with Dither, as well as “Free Your Mind” with Crisis Era. Barong Family pulled off a label-wide album with flying colors, and we can’t wait to see what exotic location inspires their next one! Jim Taihuttu and Nils Rondhuis are the talented duo behind Yellow Claw, the electronic music artist project that has been changing the game in bass music since 2013. Their heavy, hip-hop-influenced, and club-ready sound began on their early tracks like “DJ Turn It Up” and “In My Room” ft. Ty Dolla $ign & Tyga – which collectively are about to surpass 300M streams on Spotify alone and both have been certified Gold. Yellow Claw’s 2015’s debut album “Blood For Mercy” hit #1 on Billboard’s Heat Seekers Chart, Top Dance/Electronic Albums Chart, and scored an Edison Award – the Dutch equivalent of GRAMMY. They haven’t slowed down since, with a packed tour calendar that included last year’s epic takeover of the LA’s iconic Shrine Auditorium to a crowd of 7K people, and their work with Barong Family label.

Stay tuned for more new music from this ready-ready crew coming this year and pick up this album. Video of the Week: Alex Christensen-"Somebody Dance With Me" [Pyjama Pack Video]

No Replies to "V/A-"Hard In Bangkok": Album Review"