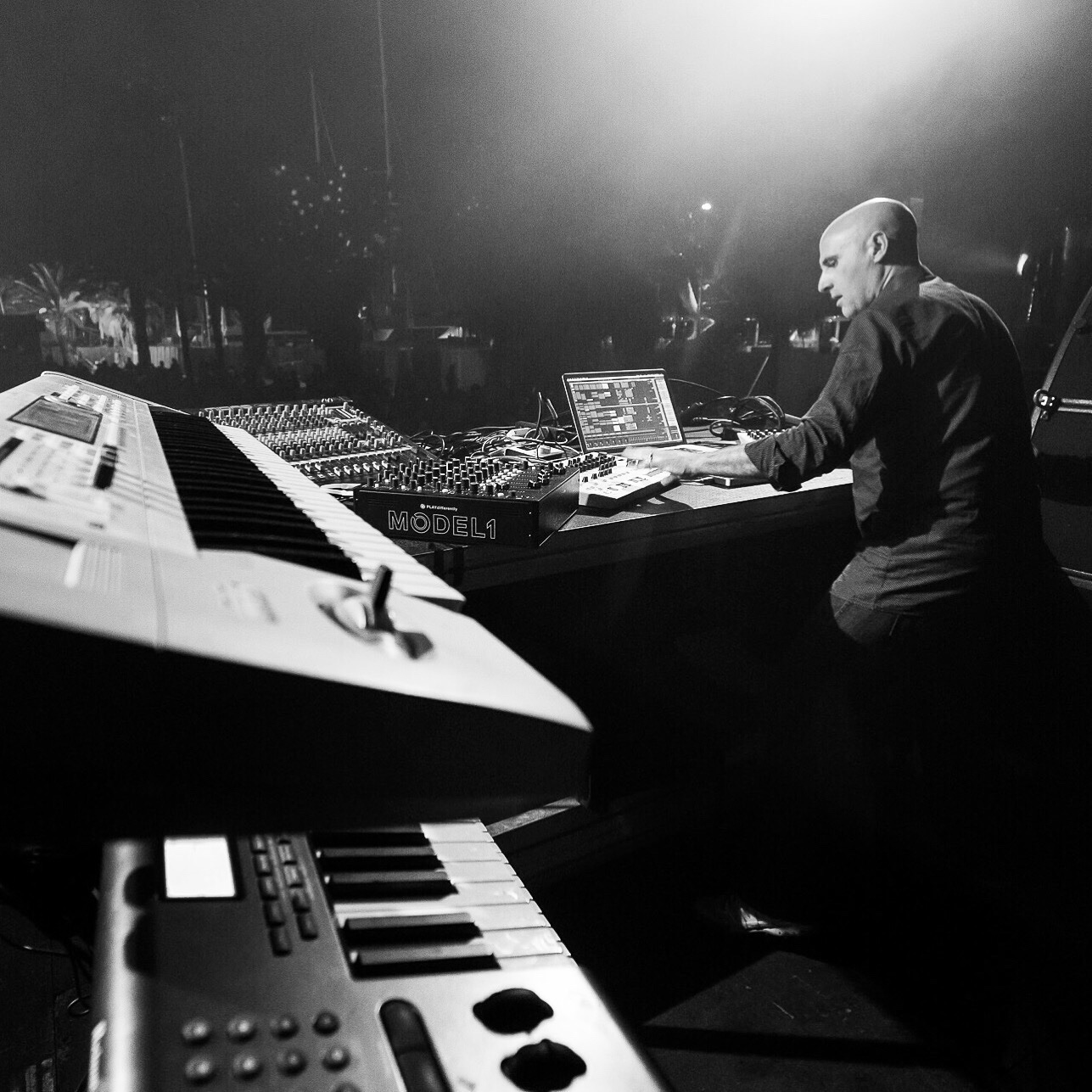 2021 has been a monster year for Vince Watson with releases on Get Physical, Tronic, SushiTech, All Day I Dream, his own Everysoul Audio and a host of remixes.

But now Vince ends the year and takes things up a notch to bring his label’s biggest and most adventurous release to date: ‘DnA [re]Sequenced’.

After the massive response and high sales of his 18 track ‘DnA’ album in 2019, Vince had a vision of having some of the tracks remixed by his favourite Detroit ‘flavoured’ artists from the 3 places that musically have made it all possible for him: Scotland, Amsterdam, Detroit.

So it is with great pleasure that Everysoul can announce remixes by none other than Carl Craig, Claude Young, John Beltran, Jon Dixon, Shawn Rudiman, Stephen Lopkin, Steve Rachmad and Stephen Brown.

Planet E boss Carl Craig is no stranger to Vince’s work, having released 4 of his singles on Planet E and previously remixing his track ‘It’s Not Over’. His remix of ‘Holographic’ takes the heavy synth lines into typical C2 remix territory, building and building with layers into a crescendo.

Jon Dixon may be one of Detroit’s rising stars as a solo artist, but as a band member of Underground Resistance and Timeline, he plays with some of the best Detroit Techno groups around: Galaxy2Galaxy and is a classically trained pianist. Jon’s releases over the last few years now showcase his personal styles and Vince was desperate to work with him, with a keen respect for his musicianship. His Remix of [Re]Evolution takes the motor city sound of the original and tightens things up for a really slick jazzy groove.

John Beltran has been one of Vince’s favourite producers for over 25 years and his Pan Am remix is a journey of blissful Beltran fusion styles.

Claude Young takes his remix in a completely new and different direction, moving from the Electro of the original into an experimental masterpiece, respecting the tricky chord programming of the original and adapting into sounds that only Claude Young is able to extract.

Steve Rachmad is one of Vince’s closest allies in Amsterdam and having worked together on many projects over the years, Steve was the first name on the list. His 4/4 edition of Second Wave

takes the deep Detroit chords and harmonies into a much darker and groovier direction, with early Transmat character and the funk that Steve Rachmad is known for.

Shawn Rudiman’s remix is a no-nonsense straight to the floor banger, taking all the elements of the original into a much more streamlined and live improv version for the floor rather than the head.

Stephen Lopkin is one of Vince’s favourite Scottish producers and his remix takes the original into his own unique style and identity. The original had very unique chord progressions and timing and Lopkin was able to successfully extend this to make it even more complex but with a seamless flow that keeps the groove flowing.

Stephen Brown is also a top Scottish producer who Vince has been supporting and spinning for over 20 years, and his remix of Immersion removes the fluffy jazzy elements from the original and opts directly for the dancefloor, taking Immersion into new territory.

‘DnA [re]Sequenced is a monster of an album that does not come along very often, with such heavyweights all on board and is certain to get the attention it richly deserves.

Everysoul Audio was born out of Vince’s Bio Music label, as a new home for a new era. Everysoul was formed as the outlet for most of his personal releases and projects, and a way to build a nice home for high quality music.

Some notable releases to date include the debut single ‘Love in F Minor’ all the way to the previous 2 releases: Via-The Mixes which featured Joe Claussell, Osunlade, Manoo and Steve Bug & Langenberg and the single ‘Make A Wish / Forever’.

With almost 25 years in the Electronic music industry, Vince Watson has released over 200 EP’s, including 12 albums and 75 remixes, and his hard work has been rewarded with recordings for some of the very best electronic music labels like Cocoon, Planet E, Yoruba, Poker Flat, BBE and Transmat as well as running his own Everysoul label.

His skillsets have allowed him to work with some of the very best electronic artists including Laurent Garnier, Joe Claussell, Richie Hawtin, Sven Vath, Carl Craig, Osunlade, Steve Bug & Josh Wink and as a touring musician has been able to play at some of the world’s best clubs and events including Enter at Space, Ibiza, Berghain Berlin, Womb Tokyo and many events in The Netherlands.

Late 2020 Vince released an LP for The Outlaw Oceans music project entitled ‘Hope’, which was commissioned by the New York Times investigative journalist Ian Urbina and is now in production for Netflix as a documentary series.

Vince’s live shows are in demand around the world and as a former Tresor Berlin resident, his DJ sets are also now highly requested with appearances in clubs such as Berghain and Womb.

His sets can be heard in many headline podcasts series, where he has featured in podcasts from Carl Cox, John Digweed, Dave Clarke, Luciano, DJ Mag, Electronic Beats and Resident Advisor.

His 2021 release schedule features the single ‘Make A Wish / Forever’ as well as releases on Lee Burridge’s All Day I Dream and SushiTech as well as a host of remixes including his debut on the legendary Get Physical. His 18track Detroit Techno LP ‘DnA’ has been ‘[re]Sequenced’ by some of his favourite artists from the genre, including Carl Craig, John Beltran, Claude Young, Jon Dixon, Shawn Rudiman, Steve Rachmad, Stephen Lopkin and Stephen Brown.

As well as his ‘normal’ touring schedule and studio commitments, Vince’s experience and knowledge is also being put to use by Conservatorium van Amsterdam where Vince is working as a Senior Degree Lecturer for AEMA, the CvA’s new electronic music school, where he teaches DJ classes, Production classes and Remix classes.

Krewella return with multi-genre single "Never Been Hurt" with Beauz